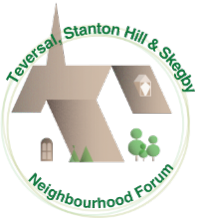 The Plan is a legal planning policy document and must be used by:

A brief history of the Forum and the Plan

October 2017 - a referendum among residents in the Plan area was held, resulting in an overwhelming majority of voters supporting the Plan. See here for details.

July 2017 - the Independent Examiner appointed by Ashfield D.C. completes their review of the Neighbourhood Plan and has recommended the Plan proceeds to referendum. See here for details.